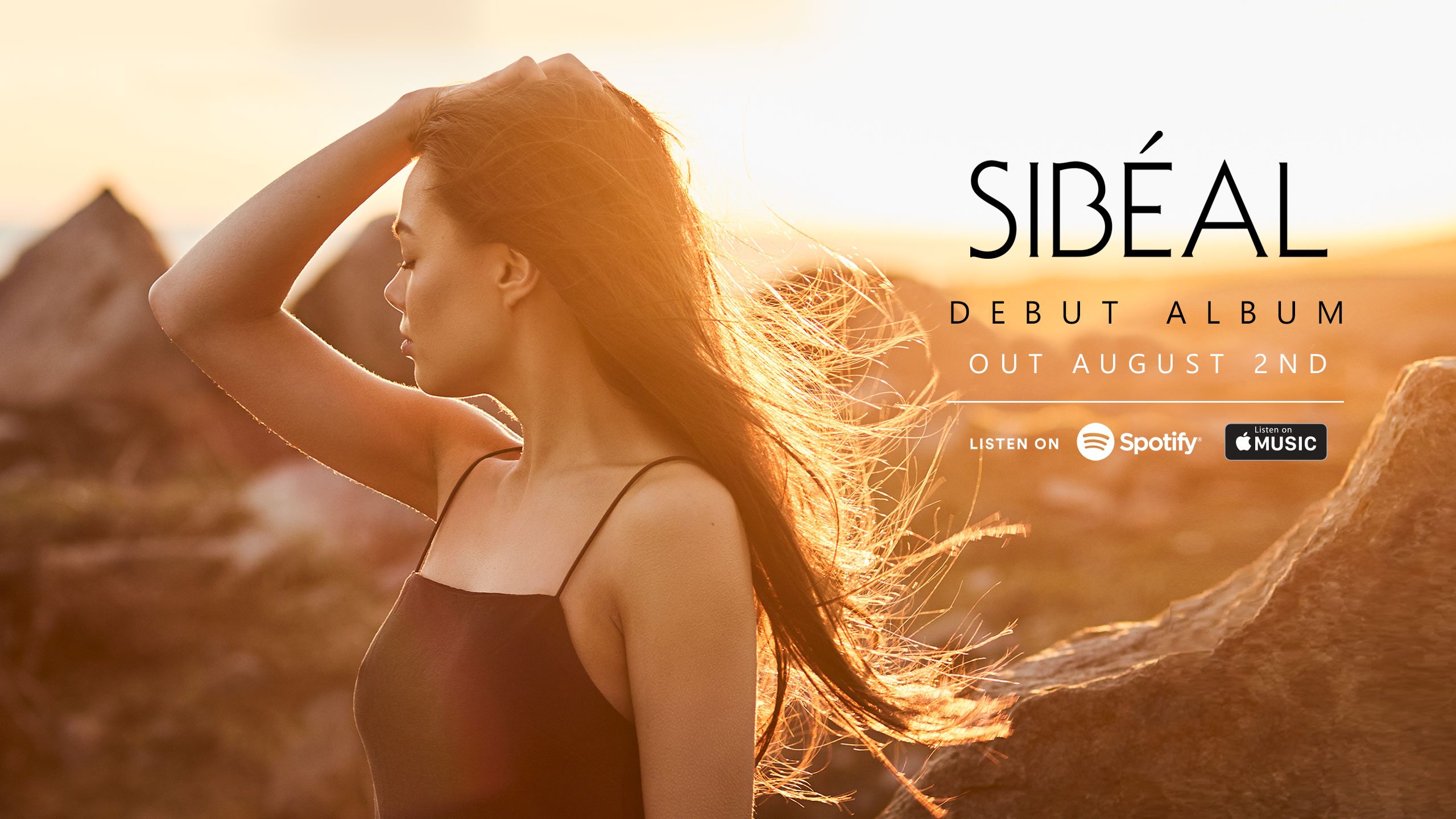 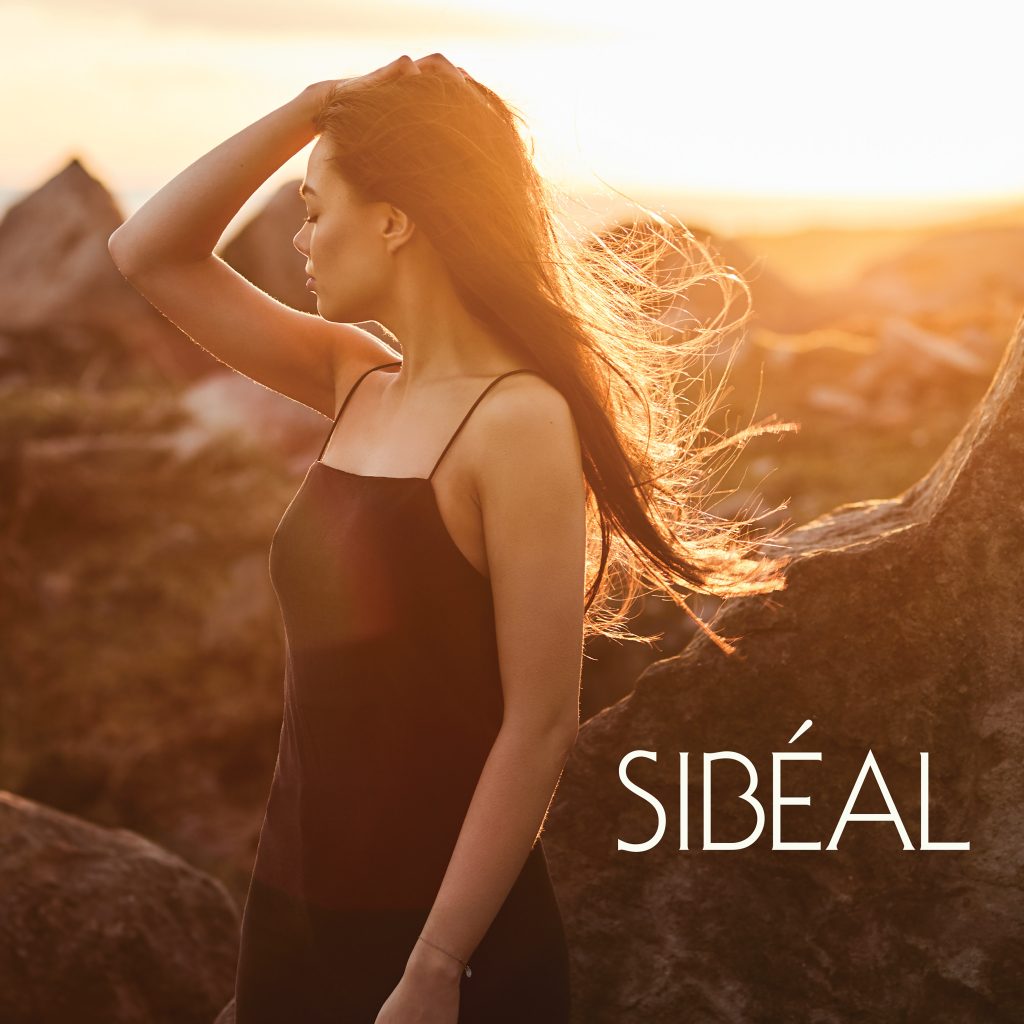 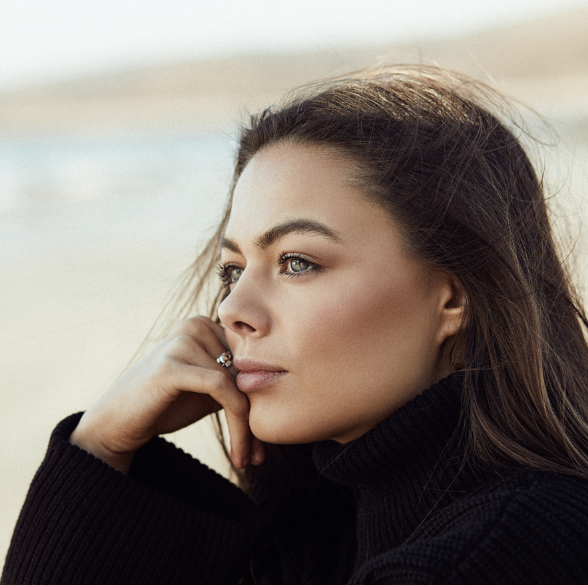 Sibéal ‘He Moved Through The Fair’ (Live At Abbey Road Studios)

Sibeál ‘The Parting Glass’ – The Late Late Show – RTÉ One

From classical Indian to Scottish folk, traditional styles of music are sung within communities all around the world, forever evolving as they’re passed down the generations. Often, they remain there – perpetually entrenched within their cultural origins. Enter Sibéal Ní Chasaide (Cassidy in English), a young singer bringing the centuries-old Irish style of sean-nós singing to the world via her debut album on Universal Music Ireland.

“Ireland is so full of mystery and legends and so full of magic and that’s hopefully what my music can convey”, Sibéal says. Indeed, on hearing Sibéal’s voice you are struck instantly by its mysterious beauty. Her pure, natural vocals, simultaneously serene yet heartfelt, reel you in and captivate you in their otherworldly intoxicating sonority.

Sibéal grew up surrounded by a community who live and breathe live music.  Born to an Irish father and American mother in the small town of Ráth Chairn, Co Meath, one of the few remaining Gaeltachts (Irish speaking area) and small pockets of Ireland where sean-nós – literally translating to “old style” – originates.

“We all pick it up from the people around us”, she says of the ancient aural tradition. “The teachers never taught us anything other than the actual repertoire. We never trained our voices; we picked it up from listening.”

Music is in Sibéal’s blood. Her father played with his brothers in a traditional Irish folk band; her earliest musical memories are of being with her cousins when they joined their fathers on tour and she would fall asleep in her uncle’s guitar case. There was always music in the family home, with her siblings all studying musical instruments (Sibéal learnt harp), and her American music-loving mother listening to the likes of James Taylor and Norah Jones.  While she was growing up, she would sing sean-nós with her sisters and friends, sometimes imagining being popstars and singing on X Factor. “I always thought about it as a kid that I would end up as a singer. I was around music all the time, so I was probably picking up so many things without even knowing it. Everyone in my extended family plays and sings, so it’s inevitable.”

From a young age, she and her friends would be expected to join in the singing at pubs, festivals, and sean-nós competitions. From five years of age, she learnt from a local sean-nós singing teacher who would come to her house weekly; they’d sit for an hour or two and the teacher would sing a line for her to sing it back. By the end of the session Sibéal would have learnt a verse, and within three weeks an entire song.

When you hear her sing, you can’t help but be drawn in by the emotive delivery – a key part of the sean-nós teaching that’s passed on. Since songs aren’t written down, everyone’s incarnation of a song is different. “You’re rewarded for putting your own stamp on it”, she says. “I’ve been taught innately that it’s always important to think about the words. I feel everything when I’m singing. I’m not really conscious of an audience; I’m always in my own world just singing. It’s a very peaceful moment for me. I feel like when I sing these songs it’s not just me, it’s like another type of force that’s coming through them. It’s really empowering and emotional for me to sing.”

On her exquisite self-titled debut album, her cover of ‘Blackbird’ nestles alongside traditional Irish track ‘Women of Ireland’, and folk songs ‘The Parting Glass’ and ‘He Moved Through the Fair’, all set to a hypnotising orchestral accompaniment, allowing her sonorous vocals centre stage.  It’s an astounding debut that proves she can take any song and put her own stamp on it.

Choosing the right songs for this album was essential. “I tried to listen to a lot of different covers, and ‘He Moves’ and ‘Parting Glass’ fitted the album; I think they are classics.” Seán Ó Riada’s, ‘Mná na hÉireann’ (‘Women of Ireland’), a song not technically old enough to be a sean-nós song, was also a must for Sibéal, being a favourite of hers to sing live.

As an artist who’s grown up with this age-old tradition but who also listens to contemporary artists including Ellie Goulding and her favourite, country star Kacey Musgraves.  Sibéal has honed a unique accessible, modern representation of a traditional vocal style, performing at mainstream Irish festivals including Electric Picnic.

“I like the idea of mixing the two and bringing the contemporary edge to sean-nós singing”, she says. “That’s who I am essentially; I’m not just a one-dimensional person. I think it’s a way of providing the sean-nós style and making it relevant today. I want to revive the style and to make people see that it’s not dead and it’s not just old people – I sing it all the time and my friends sing it, and I love it.”

Although she credits her childhood in Ráth Chairn for her singing (“if I’d grown up anywhere else I wouldn’t have this richness in singing”), it was the time she spent in Dublin at Coláiste Íosagáin school that sparked the next step of her musical journey.

Sibéal’s big breakthrough came in 2016. A couple of years earlier, Patrick Cassidy – a renowned composer who has collaborated on films including Calvary and Hannibal (“Vide Cor Meum”) – heard her singing while on a trip back home from Los Angeles and was blown away.  Having been invited to compose the score for the documentary ‘1916: The Irish Rebellion’, Cassidy asked Sibéal to perform the vocals for a piece he wrote to accompany Patrick Pearse’s famous 1912 poem ‘Mise Éire’ which now features on her album.  Her powerfully emotive live performance with the RTÉ Concert Orchestra, at an event commemorating the 1916 centenary, established her as a national treasure and led to her performing around the country, for audiences that included the President.

“That was a big song and definitely the highlight of what I’ve done so far,” she says. “I got to sing it all around the country and abroad, in London, New York, Toronto… I love travelling so whenever I can get an opportunity to go abroad to sing, I grab it. But it felt really weird. I would get texts from my friend saying, ‘you’re on the radio!’ I’d be like ‘really? Why?’” She laughs. “That time really felt like a huge turning point in my life. Where I am now is all because of that. It was a really special time.”

It has been a surreal time for Sibéal, hopping between the life of a jet-setting star to being at University, sitting her exams. For some people it takes years to be able to focus on the present but for Sibéal it was essential in balancing her studies and burgeoning music career.

“When I went to New York I was doing my exams and I’d just leave for four days and then be sat down back in class, so it was all really surreal. I’ve always been thought not to waste any time so I try to be fully present whatever I am doing at that moment – whether it’s in class or recording a song or if I’m performing at a concert. There’s no point worrying about whatever’s happening outside that moment.”

It’s only the beginning for Sibéal, but it won’t be long before the world hears this ancient style of singing – updated for the present day and more beautiful and compelling than ever. “It would be impossible for me to escape a world of music because it’s always been there and something that always will. It’s something that’s been passed down to me and it’s something that survives deeply within my family and within my roots.”